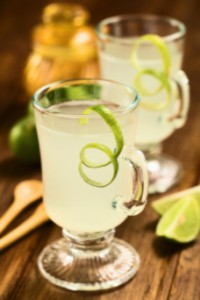 Rapper Jayceon Terrell Taylor, better known by his stage name The Game, is adding a new item to his resume: cannabis entrepreneur. Along with California company G FarmaBrands, The Game soon hopes to be releasing cannabis-infused lemonade and cannabis cigarettes.

According to G FarmaBrands founder, Ata Gonzalez, the company is working with The Game because he “embodies the true spirit of the marijuana culture…He understands the plant and is a firm believer in us as a company and our dedication to setting the industry standard through quality and innovation.”

The lemonades will be called G Drinks and they come in pink, strawberry and original flavors. The cigarettes, called G Stiks, will be offered in six varieties.

The original production will roll out in Washington and California; however, both G FarmaBrands and The Game hope to expand sales to other states eventually.