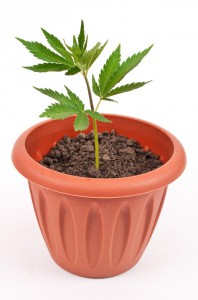 There’s one place in the United States where, despite marijuana still being under prohibition by federal law, the government not only allows but mandates the growth of marijuana. That place is the Marijuana Grow Project at the University of Mississippi. In operation since 1968, the Project grows marijuana on behalf of the National Institute on Drug Abuse. The plants go to researchers who have been sanctioned by the government to study marijuana. Here are three things to know about the Grow Project:

1) The project is led by Dr. Mahmoud ElSohly. Despite stating that he will never smoke marijuana himself due to the additional compounds ingested through inhalation, ElSohly believes that cannabis has therapeutic effects that can be utilized without smoking.

2) Most researchers to which the Project’s marijuana goes are studying the therapeutic benefits of the plant; growers are specifically interested in varieties of the plant that are high in CBD, which is thought to be beneficial for ailments like chronic pain, inflammation and nausea brought on by chemotherapy.

3) Since some states have legalized medical or recreational marijuana, the Project has increased its annual yield of marijuana from 50 to 1,500 lbs. They grow over 100 different strains of the plant that researchers can request.

The Marijuana Grow Project ensures that the cannabis which researchers use is pure and safe, a resource that will hopefully be accessible to medical cannabis and hemp users across the country in the near future.