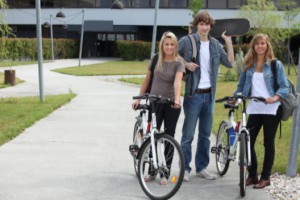 Sacramento residents have voted to add a measure for The Children’s Fund to be added to the June 7 ballot. This ballot would permit cultivating, manufacturing and taxing marijuana by 5% as a way to bring funding to youth programs.

One student who would benefit from such a program is Christopher Phakeoviley, who has aspirations of becoming a music producer. He would never have found resources to begin reaching these dreams without joining groups like the East Bay Asian Youth Center. Phakeoviley said, “It just helped me and put me on the right track, helped me with my grades, helped me focus.”

Phakeoviley is so convinced the youth program helped his life that he was among the high schoolers who spoke on the measure’s behalf. Councilmen, like Jay Schenirer, are also behind the measure: “Our young people really don’t have the support and services that they need to be successful. If we can do prevention programs, that’s actually going to save the city on the long run.”

Currently, less than 1% is spent on youth programming and, if passed, this measure could generate upwards of $5 million. These funds would be used to help prevent gang violence, prevent alcohol and drug use, as well as help with job training.

To watch the video footage of the Sacramento council approving the cannabis tax, click here.