Home / Medical Marijuana / The Latest Research on Pregnancy and Cannabis Use 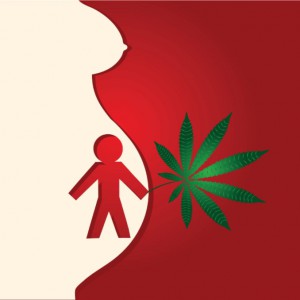 While the use of cannabis is becoming increasingly acceptable, the BMJ Open online journal recently published a study focusing on the negative effects of smoking cannabis while pregnant. Like smoking cigarettes while pregnant, babies born to mothers who smoke cannabis are at risk for having low birth weight, small head circumference, preterm birth and require intensive care.

Researchers analyzed the data from seven databases and compiled a list of any effects on women while pregnant. They also looked at data from the children’s first six weeks of life. The data showed that pregnant women had a 36% higher likelihood of becoming anemic than those who did not smoke cannabis.

Likewise, in utero cannabis exposure also increased the likelihood of underweight birth by 77% and made an intensive care stay twice as likely.

The issue with this data is that it is based on observational studies, which makes it hard to know whether or not the data reflects the whole truth. Moreover, the researchers had no way to conclude whether the participants were on other drugs in addition to marijuana or if they also consumed alcohol—both of which can cause the same symptoms.

The bottom line is women should consult with their physician before continuing any cannabis-related therapies if they discover they’re pregnant.