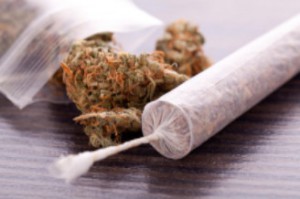 A growing number of states are becoming curious about legalizing cannabis in one form or another. Here are three that have shown increased interest according to Leafly.com.

A recent Leafly survey shows a 33% increase in Texas residents visiting dispensary pages in Colorado. Additionally, there have also been discussions of reducing the strength of the existing cannabis laws. In just the last year, six new bills relating to cannabis have been introduced and a limited bill (allowing epileptic patients access to CBD oil) was also passed.

Over the last two years Floridians have worked to get cannabis legalized and, as of yet, have only managed limited CBD oil use (restricted to Charlotte’s Web for epilepsy and seizures). November 2014’s election year gathered 58% of the 60% of votes needed to pass the legislation. The measure will be on the 2016 ballot as well after gathering the required number of signatures.

High-CBD, low-THC CBD oil is now legal in Georgia; however, representatives feel that the state can do better. If passed, House Bill 722 will open up qualification to more conditions and allow the state to have a dispensary system like Minnesota’s. The bill, however, is currently sitting stalled.